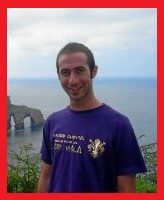 The postmortem examination of the corpse of Iñigo Cabacas confirmed that the injuries sustained (cranial burst or brain edema leading to death) were caused by a rubber bullet shot, by all accounts, by the western Basque Autonomous Police Corps, Ertzaintza.
This confirms witnesses' version and places the institutionalist politicians and their acolytes in a very difficult situation. Notably the Councilor of Interior, R. Ares (Spanish nationalist "left", PSOE), who lacks any democratic legitimacy to occupy that office, was just hours ago pretending that there could be some other cause for the injuries, for example an extensible baton allegedly found in the area of the incidents (probably abandoned by a plain clothes' policeman).
Even more scandalous, if that may be, is the attitude of the Mayor of Bilbao: J.M. Azkuna, always ready to call an institutional protest for any minor incidents like throwing paint against banks or the burning of a cash machine, has in this case actually blocked all calls for even a meeting of the city's institutions, demonstrating once again that he is a total fascist and the shame of Bilbao.
The Basque Nationalist Left and political allies, as well as the major labor unions (ELA and LAB) have called for the resignation of Councilor Ares.
Worst of all that all these common sense demands like the resignation of the Councilor (who should not be there to begin with) or bringing the culprit policemen to court and jail, won't be met.
Because there is no justice here: just arrogant, criminal, heavily armed cops without any control nor leverage.