Some 230 prisoners in the forced diaspora through French and Spanish prisons have joined the hunger strike demanding the legally compulsory and humanitarian release of Iosu Uribetxeberria, who is dying of a never properly treated cancer - one of the many examples of why the Spanish prisons are considered to be extermination centers in what affects Basque prisoners. Those who have not joined the hunger strike without end, have begun other protests like not leaving the cell or more limited fasting. 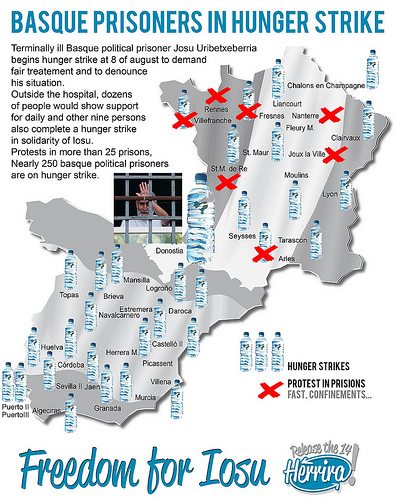