Neither Le Pen nor Macron

Neither fatherland nor boss, neither banker nor racist, neither Le Pen nor Macron. Under such banners lots of French are demonstrating as I write this in the streets of Paris and other towns.

The runoff of the presidential election is leaving way too many without options: should one vote for a pseudo-democrat bankster in order to stop an outspokenly fascist and racist but farcical "social" führeress? I don't think so, I wouldn't in any case. Sure: Le Pen is scary but Macron is not a bit less scary, it's a lot like the Trump vs Clinton false dichotomy: both are evil ultra-capitalist warmongers and should not be supported by the Left in any case.

We must step out of the bourgeois infighting and demand our socialist and radical-democratic program every single day and in any circumstance. There are no lesser evils, only the greater good is really worth our effort.
Posted by Maju at 1:56 PM No comments: 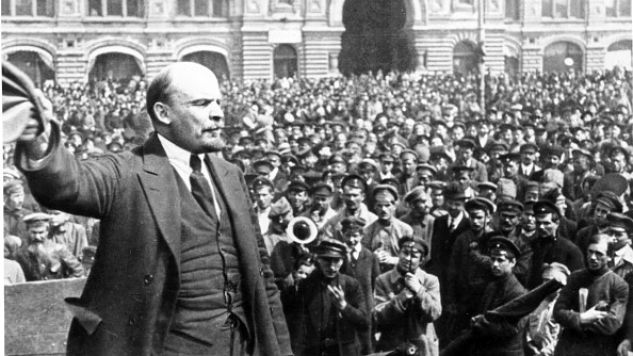 On April 17th, one century ago, Lenin announced what can be understood as the manifesto for the Russian Revolution, known to history as the April Theses.

Sputnik News has a very cool and detailed infographic on them, go take a look.

The full name of the text is actually The Tasks of the Proletariat in the Present Revolution, it is freely available at Marxists.org.

Context: after the February Revolution, there was a provisional government led by liberal (i.e. center-right) Georgy Lvov and dominated by the Kadet party (also liberal in the classical sense of strongly capitalist). While other "socialist" factions had minor representation in this provisional government, the Bolsheviks did not partake of it. There was however a parallel government in the form of a loose network of local soviets (worker councils), dominated by the Soviet of Petrograd.

On April 16th Lenin arrived from Zürich in the famed train episode and thus the following day he spoke in Petrograd. What he exposed in two successive discourses became known as the April Theses.

A synthesis of the theses may be:
Hardly anything to object to Lenin in this moment: I can perfectly embrace his program in full. Daring he may be but daring we must be if we are to succeed. So far so good but history doesn't stop.
Posted by Maju at 3:38 PM No comments:

Erdogan rigs his way to a dictatorship, people walk out against him

What can you expect from someone who declares himself an admirer of Adolf Hitler, really? Let's not forget that, while it's often said that Hitler was elected democratically, the historical reality is that he rigged the elections with illegalizations and terror but, even then, he could not win an outright majority and had to rely on his "moderate" right-wing allies.

It's not the first time that the Islamo-Fascists rig elections in Turkey, so it should not surprise anyone, really.

As always with ongoing events, the best place to gather a plural information is probably Twitter, in this case the hashtag #TurkeySaidNo.

I must say that there is much more activity in Turkish than in English, for example under the hash #HileliSonucaHayır. Sadly I can't read any Turkish, so I have to rely on English language sources.

Anyway, for what I can gather it's been two days of massive protests already and looking good: another 2013? There's a long summer ahead and this year is definitely going to be quite hot.

My best wishes to the brave Turkish and Kurdish peoples fighting for their freedom. They definitely deserve better than Erdogan. It's one world and one struggle: their fight is the same as ours.