As police began selectively allowing individuals and small groups back to Taksim Square and Gezi Park, one man began a new kind of protest: no banners, no chants, no nothing... he just stood there for hours... 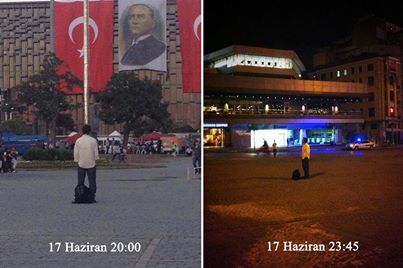 Of course, eventually, police identified and searched him, but he carried nothing suspect nor politically controversial. 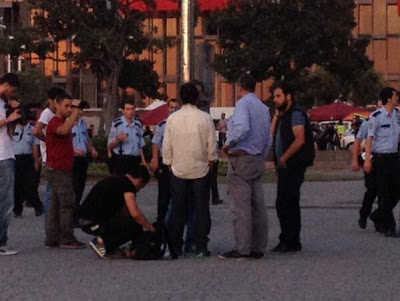 He was left on his own therefore and continued there for hours and hours: 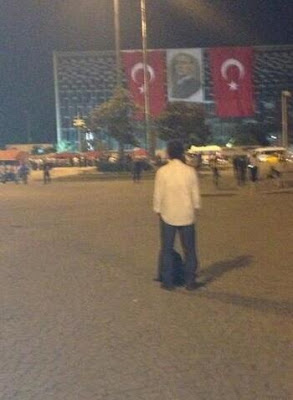 Eventually he was not anymore just one man but many: 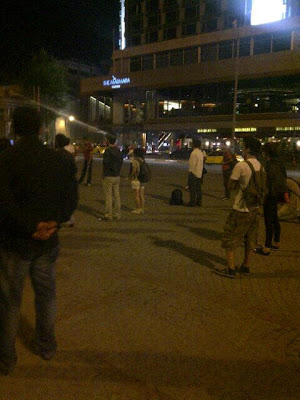 And the "single person" protest became one of many people, again: 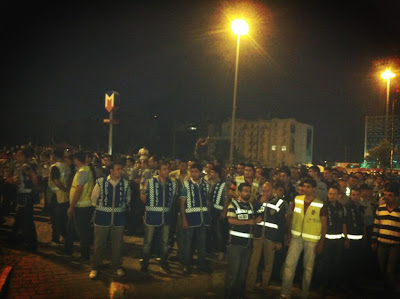 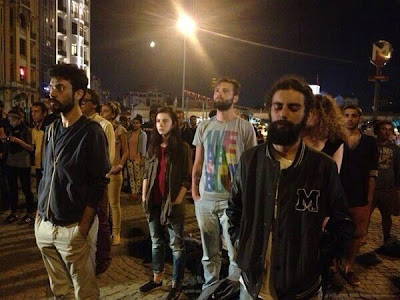 And the example spread around, another "single person" protest was initiated in Ankara, this time by a woman: 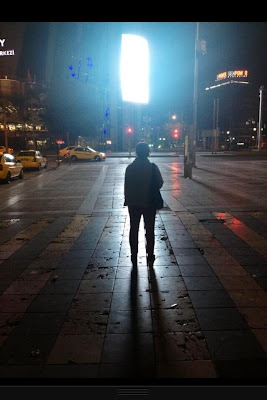