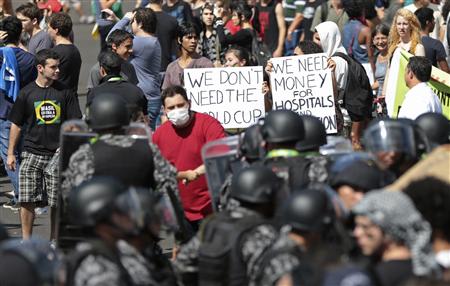 The Brazilian social protests threaten the World Cup. Yesterday police attacked with rubber bullets and tear gas some 3000 demonstrators (right) who tried to reach the Maracaná stadium when an international match between the selections of Mexico and Italy was taking place.

On Saturday similar incidents took place at a match between Brazil and Japan. Police charged brutally as well, resulting in 33 injured and some 20 people arrested.

The public expenditure waste in the World Cup has become a contentious issue as the cost of life climbs up and public investment is diverted from social needs to the show.

As mentioned before, some 20,000 people marched on Thursday evening through the streets of Sao Paulo, faced with the most brutal police repression. The trigger is the rise of 7% in bus tariffs, what is not trivial when transport may be 26% of any worker's expenditure and its quality is extremely low (obsolete and packed buses). Sao Paulo particularly has been developed as a business for corrupt transport companies.

The demand of many protesters is now free public transport, as the woman at the right puts it: if you do not pay for education and hospital, why would you pay PUBLIC transport?

All public services in Brazil are low quality but it is particularly annoying when you have to pay lots for it.

Yesterday there were more protests in the largest city of the Southern Hemisphere reaching the overwhelming figure of hundreds of thousands: 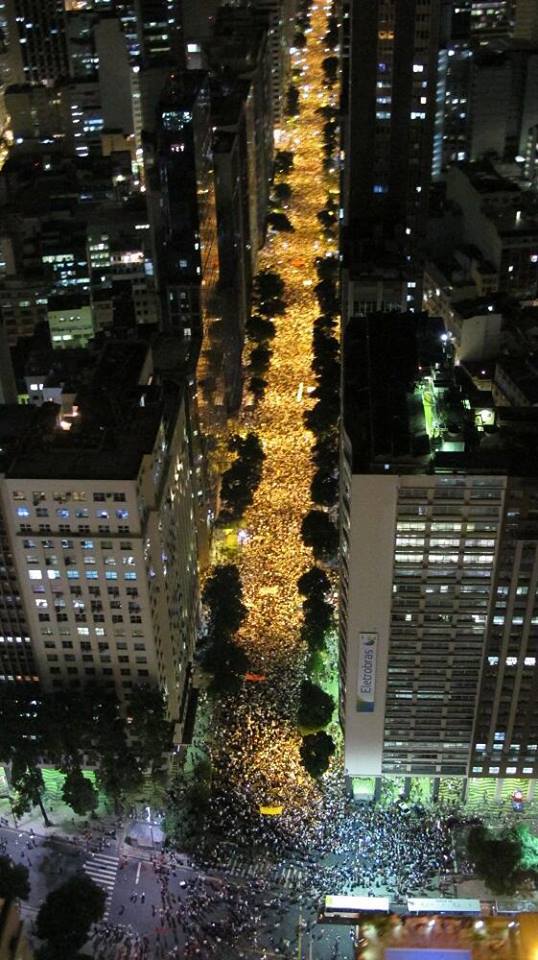 As of now, I have no reports on possible repression. However previous protests were almost literally massacred, with hundreds injured, including a journalist who will most likely lose his left eye.