Honduras: large demonstrations in the 4th anniversary of the coup - many murdered this week 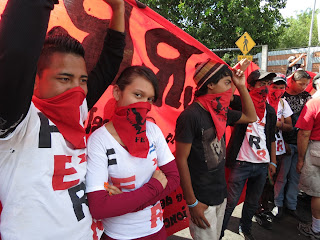 The FNRP marched in large numbers through the streets of the Central American country in repulse of the coup staged four years ago against President Zelaya with obvious support of the USA and the "libertarian" (fascist ultra-capitalist) mafias of The Empire.

The party sponsored by the FNRP, LIBRE, is set to win the announced November elections if there is no vote rigging, followed by the maverick "Anti-Corruption Party" of S. Nasralla. The coup-sponsoring "traditional" parties ("National" and "Liberal") are set to become third and fourth forces respectively. 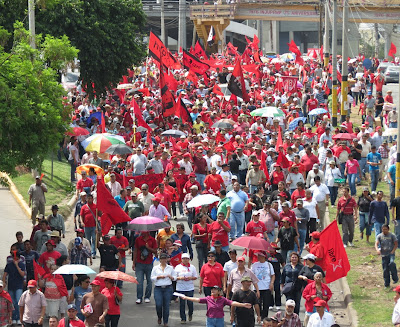 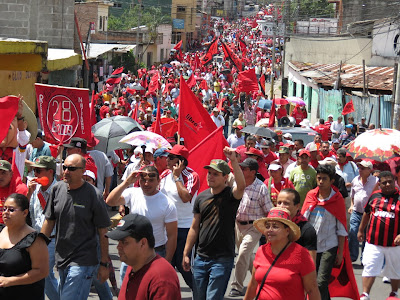 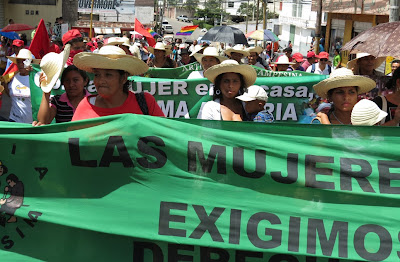 
At least 8 murdered on Wednesday alone

Three members of LIBRE were shot dead in Juticapa, Olancho, (Silvia Aguiriano, Teresa Matute and an unnamed bodyguard). The attack was blamed on the narco mafia gang of Lucio Rivera by Aguriano's husband.

Early in the day, in San Pedro Sula, a van was found with four corpses inside, apparently all them young people who were tied and put in plastic bags.