Turkey: marching again to Taksim in spite of repression

Istanbul, one of the largest cities of Europe... and Asia. It ranks only second in Europe (after Moscow) and is the first of West Asia, a position disputed with Teheran. It hosts some 14 million inhabitants, 18% of all people with Turkish documents, almost as many as the Netherlands.

Yesterday the citizens marched again to Taksim Square by the many thousands, wearing red carnations. Police kept them at bay with difficulty and lots of gas and water cannons. 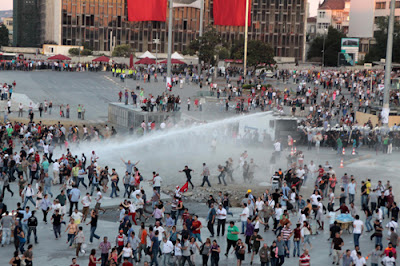 In the last days police was behaving in a more tolerant way and people could use Taksim to pay homage to the victims of repression (photo below). But the street battles are back. 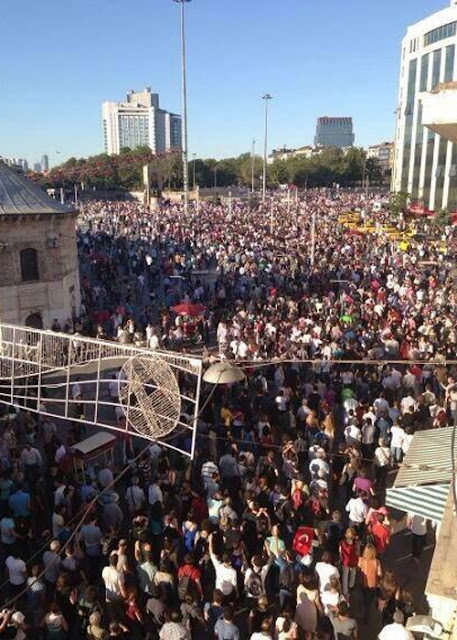 After being expelled by police, people gathered in huge numbers in Istiklal and Siraselviler streets, not far away (photo below). 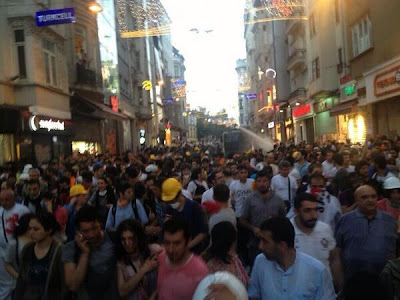 At least 31 demonstrators have been sentenced to preventive prison by especial ad-hoc tribunals in Istanbul and Ankara in this journey alone.

Along with this march, yesterday alone there were 35 popular assemblies in most of the districts (each one a medium sized city on its own right) of the transcontinental megalopolis. At least three thousand gathered in Kadikoy alone (photo below), who proclaimed inclusion for all: women, religious and ethnic groups, homosexuals... while a consensus of sorts grew in favor of socio-economic boycott to the banks, multinational companies and commercial centers as form of struggle. 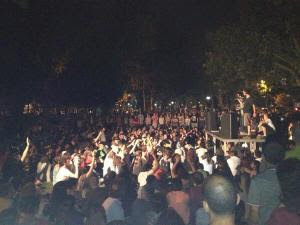