Belated mention of the Greek General Strike of the 18th

For some reason (feeds strangely not working in time) I did not read this info until five days after it was published. And mainstream media just do not mention anymore Greek struggles or barely so.


Tens of thousands joined the mobilizations in Athens and elsewhere (Patras, Thessaloniki, Lesvos...) 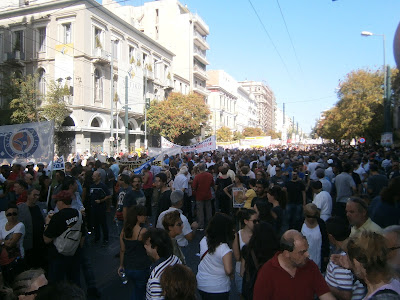 103 citizens were arrested, mostly in preemptive police raids. Seven of them were sent to prison, one of them with a broken nose.