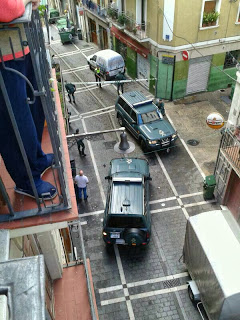 At least 18 people have been arrested today in a major repressive operation by the occupant power Castile/Spain.

The victim of this new operation of political repression is Herrira ("to the country"), an organization focused on the human rights of Basque prisoners, whose main goal is the repatriation of Basque prisoners scattered through the geography of Spain and France.

The operation is led by judge Eloy Velasco, of the especial political tribunal Audiencia Nacional (instituted by the fascist regime as Public Order Tribunal and historically key legal tool in the repression of dissidents and impunity of the corrupts, torturers and state terrorists). The sees of Herrira in Bilbao, Vitoria-Gasteiz, Iruñea-Pamplona and Hernani are being searched.

Ten of those arrested were in Hernani, where a meeting was taking place at the time of the raid. Their names are: Nagore García, Manu Ugartemendia, Jon Garay, Sergio Labayen, Eneko Villegas, Roberto Noval, Ibon Meñika, José Antonio Fernández, Oscar Sánchez and Jesús Mari Aldunberri.

Other arrested are according to witnesses: Ekain Zubizarreta (arrested in Andoain by plain clothes police when leaving home),  Imanol Karrera (arrested in Uharte-Arakil when teaching Basque language at the local euskaltegi), Amaia Esnal (arrested in Donostia), Eneko Ibarguren (in Azpeitia) and Ane Zelaia (in Gasteiz). Another person of unknown identity was captured in Lizartza.

According to the Spanish Interior Ministry, Beñat Zarrabeitia, Gorka González and Francisco Javier Balda complete the list of 18 arrestees. 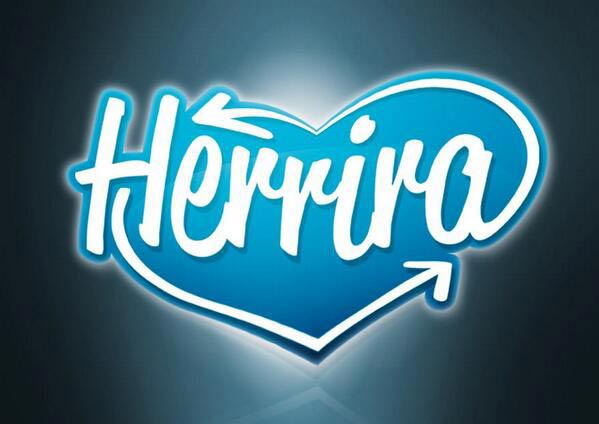 The Spanish inquisitorial judge Velasco accuses the victims of "apology of terrorism", "membership in armed organization" and "financing of armed organization". Surely most of the charges can't be upheld even in such a rotten court as the AN but the matter will only be judged years from now and the damage is actually done by mere accusation, which leads to preventive outlawing and generalized witch hunt.

We have seen this before. Too many times already in fact.

According to the Spanish Interior Ministry (press release), Herrira would be "the organization close to the terrorist gang [ETA] with greatest capacity of social mobilization and activation", that "Herrira has assumed, in integral and public form, the goals, structure, functions, financing procedure and methods, iconography and communicative network, that historically was carried by the Pro-Amnesty Commitees/Askatasuna", both declared illegal by the AN in the past.

This seems to be the main charge, because under Spanish exceptional laws, designed specifically against Basque self-organization and civil resistance, organizations are not banned as such but in spirit, so an organization deemed illegal by Madrid at one point cannot ever be replaced by another with even remotely similar ideas, effectively forbidding whatever forms of freedom of speech and socio-political goals that the state decides to outlaw.

Previously there has been a lot of repression against any form of expression of solidarity with Basque prisoners, many of which are not even ETA members but just victims of ideological persecution. Repression that until now was not even legally justified.

Many have been saying since ETA declared an unilateral permanent cessation of armed struggle in 2011 (effective since 2010 in fact) that the attitude of Spain, demonstrated once and again, was to sabotage any possible peace process, not just by ignoring all attempts by ETA and/or international facilitators to open some sort of peace talks but also by stepping up political repression in the apparent belief that the state had won the war by military-policial means and that ETA had no other option than outright unconditional surrender.

This public analysis is not just flawed but actually a smokescreen: Madrid is much more concerned in fact by the possibility of Basque Nationalist Left forces gaining power in the Basque semi-autonomous institutions, from municipalities to provincial governments and who knows, never mind possible internationalist alliances with other similar forces in the weakened State of Spain, where Castilians senso stricto only make up 1/3 of the total population. This concern must have grown since Bildu got control of the provincial government of Gipuzkoa and since the grip the Spanish Nationalist twin party (PP-PSOE) holds in Navarre has been eroded because of mass corruption and all polls point to a radical political change in the Old Kingdom as soon as elections take place.

Obviously, the goal of Spain with this new repressive operation is to attempt, once again, to force the hand of the Basque Nationalist Left (in its widest sense), trying to force ETA back into military action against its strong promises.

Another goal is to divert attention from the many socio-economic problems that Spain has, including the major structural one of systemic corruption, dragged from the times of Philip II but increased dramatically in the last decades. It seems that Spanish authorities deem necessary to have a distraction to those problems of war-like and patriotic nature. They do not dare to confront Great Britain over Gibraltar beyond some noise but they know (or at least believe) that they have the upper hand if they manage to re-ignite the armed conflict in the Basque Country.

The ETA distraction has worked well for them in the past and they hope it will work again this time. It's hard to know but, considering the deep state of disarray in which the state is, I think that they are very much wrong.

Whatever the case, even the usually pro-Spanish and anti-ETA, Western Basque Autonomous Government (EAJ-PNV with support of PSOE), has shown its perplexity and rejection of the repressive action (which in other occasions they had no problem to support with the police forces under their command). Speaker Josu Erkoreka spoke of "bad news", "a step back" and that they do not see that "there is any serious work towards a peace scenario". However he still demanded that ETA gives up arms without conditions.

[Update:] Also Javier Eguiguren, President of the local branch of PSOE, has been quite harsh with this operation at his blog. However, instead of asking his colleagues of the Spanish PSOE to act up, he directs his demands to the Western Basque Government.