Thousands of antifascists gathered in the East End London to confront a particularly outrageous Nazi march organized by the EDL and which, in spite of buses bringing fascists from all the country, only gathered a few hundred.

The march was a total provocation not just for being organized in a largely immigrant district but because it originally attempted to march to Altab Ali Park, named in honor of a Bengali-English worker murdered in 1978 in cold blood by a Nazi just for being different. The attack sparked such outrage that the Nazis were completely expelled from the neighborhood forever. 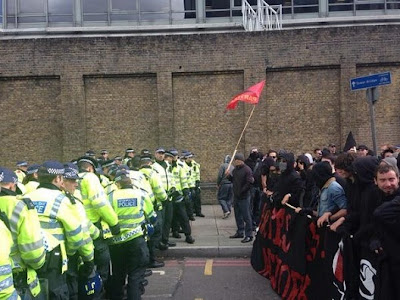