The Nazi friends of Angela Merkel?

Antinazis Getafe blog[es] has just published a photo report of what seems to be a much younger and leaner Angela Merkel with a bunch of skinhead and other friends, one of whom makes a Nazi salute. The photos are dated to 1992 or 1993 in Magdeburg.

I am not able to confirm or deny the plausibility of what is being implied by the photo-report but I believe that the matter demands diffusion in order to be researched in depth. Therefore here there are the four photos, all of which seem to be taken in the same context and with the same characteristic building as background: 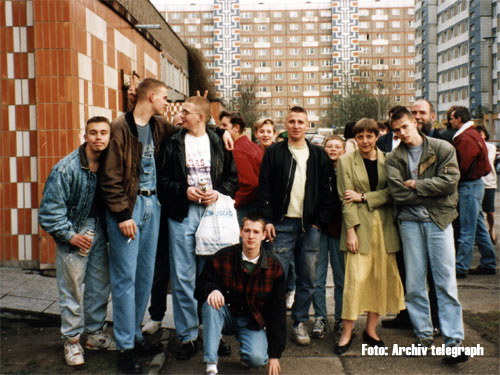 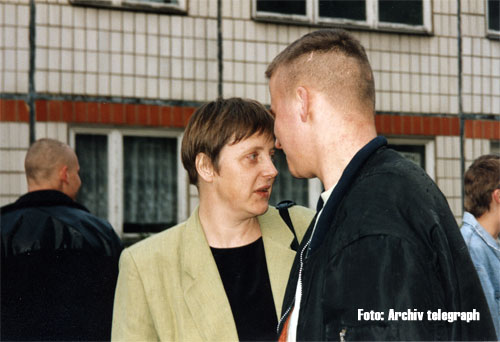 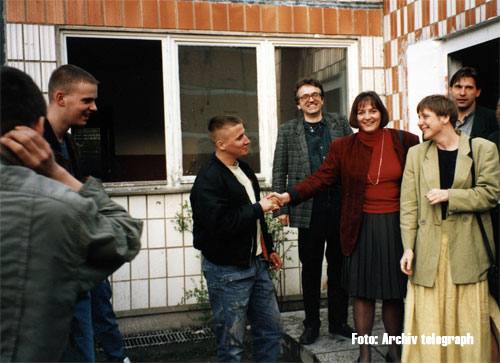 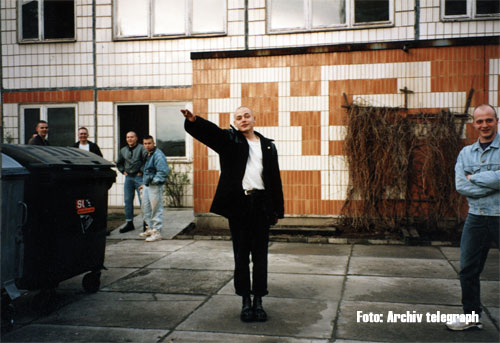 No background info whatsoever is provided with the photos, so I can't comment further at this moment.


Merkel being a barely camouflaged Nazi herself could explain a lot of what is happening in Europe these days indeed.


Update (Sep 25): this article[de] explains that Merkel and Sabine Leutheusser-Schnarrenberger (in red in the third photo), then ministers of the German Government, visited the youth club Elbterrassen, which was then classified by the local antifascist resistance as a Nazi hideout. In that same club or maybe another one (not sure because of the automatic translation) a young antifascist had been murdered just months before.

The exact intentions of Merkel with this visit are very much unclear but what is clear is that the German Federal Republic is deeply involved with Nazi organizations, often armed and terrorist, and that it offers strong protection to the Nazis with the pretext of freedom of speech (hate speech too?) They only care about repressing the Left.