Zaragoza has become a nest of international fascist activities under the protection of the "conservative" government. Today the Nazis were allowed to commemorate Adolf Hitler's birthday.

Against those meetings of hatred, the lively antifascist camp of the Aragonese city gathered a multitude which was attacked by police resulting in one arrest. 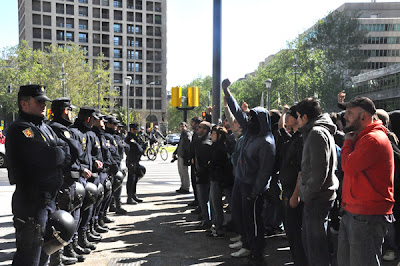 
Update (Apr 21): arrested person was released at 19:30. Previously a protest had been organized before the police station gathering dozens.