Turkey: protester attacked by fascists died after week in coma 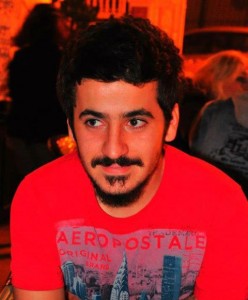 
Ali Ismail Korkmaz, a 19 year old university student was attacked by "unidentified" perpetrators on 2nd of June, after running away from the police attack to a peaceful protest in Eskisehir. From that day to this he was in coma.

We lost him today.
He was killed by the "heroes of the Prime Minister", as Erdogan chooses to define the "unidentified".

Whether the police or the "White Youth" of Erdogan killed him, the peoples of Turkey know who the real murderers are.

"Those who died,
died in fight;
were buried to the sun.
We have no time to mourn for them!

There is a raid
a raid to the sun!
We will conquer the sun
seizure is imminent!