Rome burned in anger today as police charged against a massive demonstration against the dictatorship of the bourgeoisie (aka: "cuts").

What began as a huge peaceful protest ended in urban guerrilla after police charged indiscriminately, allegedly after being provoked (but you cannot trust the official versions nor the mainstream media parrots, can you?)

There is at least one severely injured person: a 50 years old man who suffers the traumatic amputation of several fingers, apparently caused by the explosion of a firecracker he was about to throw.

Update: more than 80 people reported injured in the clashes. 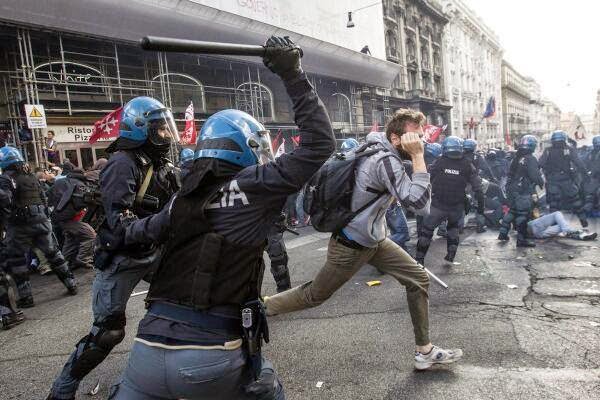 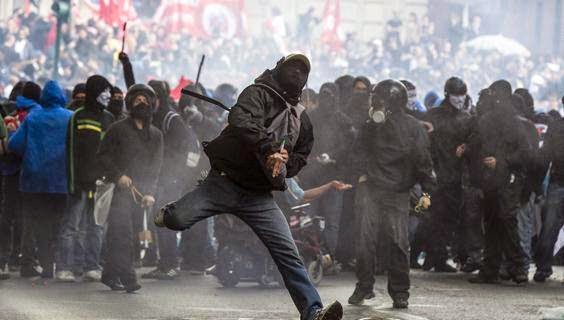