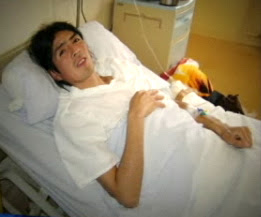 I mentioned last week the end of the hunger strike by 28 of the 38 Mapuche prisoners accused under the Pinochetist anti-terrorist law in Chile. Now I can confirm that all other prisoners but one have abandoned the protest as the government has accepted to re-qualify all accusations.

The accusations will be replaced by regular penal ones. The Mapuche movement is not totally persuaded of the goodness of these concessions but have accepted for humanitarian reasons.

One of the prisoners, minor Luis Marileo, imprisoned at Chol Chol, remains on hunger strike until he is effectively notified personally of the dropping of the anti-terrorist charges against him.