Ukraine: Mariupol surrounded by the Militia: fascists and NATO officers inside

The latest news from Ukraine are that the Antifascist Militias advanced very clearly in the South of Donetsk People's Republic surrounding two new pockets of variegated Junta troops, which include police forces, the remnants of the Nazi battalions "Azov" and "Dnepr" and six NATO officers. These Western officers, specialists in informatics, were in charge of the propaganda war but somehow ended up in the frontline (almost certainly because the Junta lacks loyal troops and even loyal commanders) and now they seem to be trapped in the port city of Mariupol, whose citizenry clearly stands with the rebels.

The Militia's advance towards the coast has been dramatic as can be seen in the following maps, which show the situation on mid-August and the end of the month:


Global research discusses the Late August defeat of the Junta in a rather detailed article (from which the first map was taken).

Meanwhile the Junta only seems able to make bombardments of civilian buildings in Lugansk, where several apartment buildings and a school were destroyed, and Donetsk (no details reported). Meanwhile, in a single day, they lost 7 tanks, 28 other armored vehicles, 22 other vehicles, two missile launchers type "Grad". 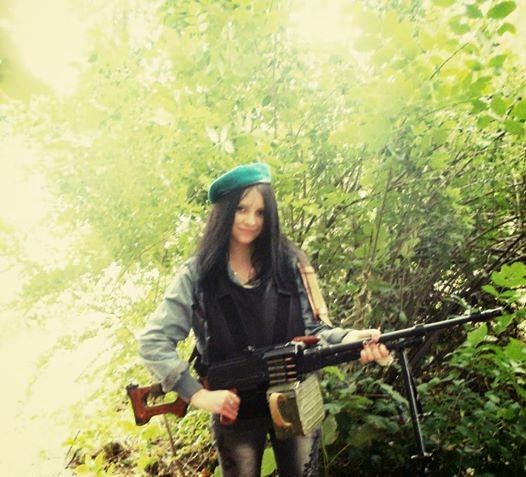 Also Kristina Rus mentions in her Facebook page the emotive story of 72 teenagers, too young to be allowed to join the Militia but who were not willing to see their hometowns taken by the Nazis, so they organized their own resistance:

Battalion "Youth Self-defence" consisted of 72 16-18 year olds from Lisichansk and Severodonetsk, who were too young to join the militia, but wanted to defend their cities. 24 girls joined the battalion. 72 kids held Lisichansk for 2 days by themselves against 2,000 fighters of National Guard, when Mozgovoi's battalion "Ghost" left the city, waiting for reserves from Lugansk. They were armed with just AK's, 3 machine guns and 2 sniper rifles. Neutralized several dozen national guardsmen, 3 armed vehicles and 2 Grads. When they began to retreat to Alchevsk, after realizing that no help is coming, they were shelled with Grad, and 18 of them were killed. So, 18 of them won't be going back to high-school or college this fall ...