Police repression of solidarity with Palestine in Paris - 50,000 march in London for Gaza

As I mentioned before the fascistoid Government of Manuel Valls tried to forbid a demonstration of solidarity with Gaza in Paris. In the last minute the courts reversed the Government's decision and authorized it but by then only the New Anticapitalist Party was standing for the march, legal or not.

For two hours the demonstration, which gathered several thousands, marched through Paris chanting "we all are Palestinians", "no to Gaza blockade", "Israel assassin, Hollande accomplice", etc.

However at 16:20 police attacked the march, apparently unprovoked, triggering a street battle around the North Rail Station of the city.


In England instead everything was more peaceful and some 50,000 people (up to 100,000, according to some sources) marched through the streets of London in support of the victims of Zionist murderous madness. 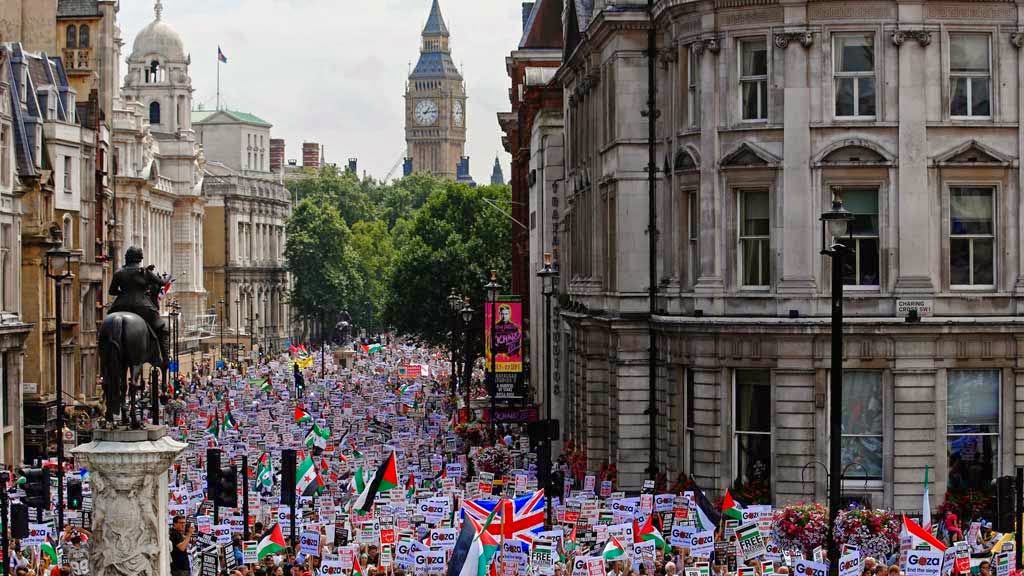 Some few hundreds fascists rallied in support of Genocide in a separate location.